Materials Lecture Competition (MLC) is a National event mainly organized by the Institute of Materials Malaysia (IMM) and the Institute of Materials, Minerals and Meteriology (IOM3 UK). This nationwide competition started as an idea by IMM to organize a competition that gives the opportunity to the material scientists and engineers in Malaysia on the importance of materials engineering and sustainability in the advancement of technology and humankind.

In 2012-2013, IMM members led by Prof. Dr. Esah Hamzah, the IMM-MLC Chairperson, has organized the competition at the National Level where IMM is the host of the event. However, since 2014, several universities in Malaysia have jointly organized the event as the host of the event starting with UiTM (2014), UKM (2015), UM (2016), APU (2017), and UTM (2018). The MLC has now become a nationwide event, where more than twenty public and private universities in Malaysia participated in the competition at the national level since the year 2012. All IMM student members from the public and private universities in Malaysia are eligible to join the competition. The semi-final leg will be organized by the respective university, where the winner will represent their universities in the first leg of the MLC Finals, and the best five presenters will return for the second leg of the MLC Finals. The winner will represent Malaysia and compete at the Young Persons’ World Lecture Competition (YPWLC) organized by IOM3 UK. The winner of Malaysia will be FULLY SPONSORED by IOM3 UK to attend a series of events in YPWLC. The first winners at the National-level competition represented Malaysia in the Young Persons’ World Lecture Competition (YPWLC) which was held in Hong Kong (2013), USA (2014), Ireland (2015), Brazil (2016), Australia (2017) and last year (2018) in South Africa (2017) where the Malaysia Representative/Finalist from Universiti Malaya won the runner-up prize. 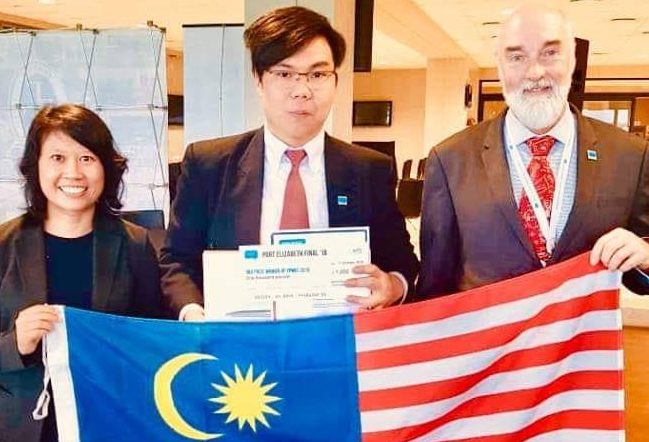 Andrew Ng Kay Lup (Center) won 2nd runner-up in the Young Persons’ World Lecture Competition in 2018. The 8 best finalists from 5317 universities of 187 countries participated in this competition. His lecture entitled “Bio-crude oil from lignocellulosic biomass: A zero-to-hero scenario” has won the heart of judges, bringing home travel & cash award (£4000) and the MacBook prize. 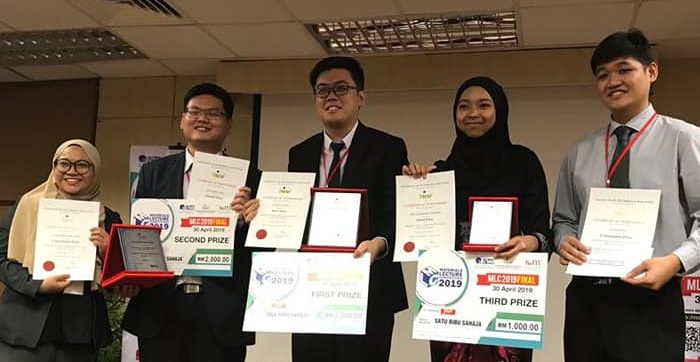